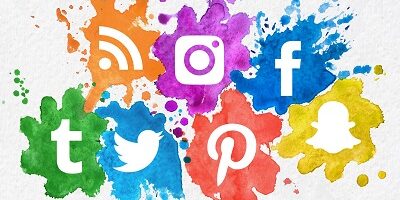 As we started the ASCLS 2019-20 year, ASCLS President-Elect Maddie Josephs defined the word visibility in her response to the Candidate’s Question: What is missing within ASCLS or other laboratory professional organizations that limits our ability to recruit and maintain members?

noun: visibility
the state of being able to see or be seen.

the distance one can see as determined by light and weather conditions.

the degree to which something has attracted general attention, prominence.

Two of these definitions—the state of being seen or not seen and the degree of which something has attracted attention/prominence—in my opinion, represent the current state (and to be honest the past state) of social media for the laboratory community.

The word visibility has a tendency to appear over and over again in social media within the laboratory community—“We are not seen, we are not equals or respected, and no one knows what we do.” While these feelings are valid for the profession, you may be surprised to know that every healthcare profession believes the same thing about its field. I’ve been in meetings with general pediatric providers lamenting how no one understands the important work they do, and they feel unappreciated by other healthcare professionals. Sounds familiar, right?

“Our willingness to embrace and ensure that we each use these platforms respectfully, responsibly, and as positive stewards is vital to engage and bring awareness with the public and within our healthcare communities.”

The “voice” on social media for any group can be very LOUD, and often it’s the negative that we hear most. And the negative often makes others disengage and not participate. It takes a large amount of energy to combat negative bias. This is where WE as members of ASCLS can create the visibility that the laboratory community desires—a visibility that through positive use of social media platforms can attract attention to our profession. Attention that shows the value of what we do, brings back confidence in scientific expertise, and provides essential public health education.

Recently, I downloaded TikTok (formerly known as musical.ly), which is a social media platform for creating, sharing, and discovering short music videos. TikTok has proven to attract the younger generation, as 41 percent of its users are between the ages of 16 and 24.1

Initially, I was curious to see why it had exploded in popularity … and, I’m a fool for funny animal-related videos. Rapidly, I was impressed with the absolute creativity of the creators on TikTok (hello, all the self-taught makeup artists!). However, it was the way in which healthcare professionals use this new platform that really interested me.

TikTok has not been without controversy, especially regarding how healthcare providers have used the platform—misinformation and humor that appears to degrade patients or other professionals. Conversely, there have been so many engaging and informative videos that I’ve seen on the platform that show respect for the healthcare team; educate and prepare young users on “firsts,” such as first pelvic exam or eye appointment; and bring visibility to a day in the life.

Social media is one way that will improve the visibility of the laboratory professional and the role of laboratory medicine in healthcare. Our willingness to embrace and ensure that we each use these platforms respectfully, responsibly, and as positive stewards is vital to engage and bring awareness with the public and within our healthcare communities.

Now if anyone wants to post some TikToks, I’d love to see them!