History and Evolution of our Name and Logo 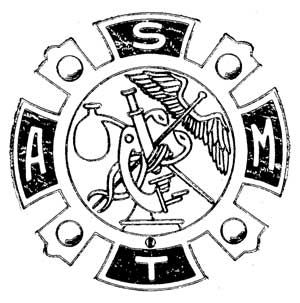 The ASMT logo was used in a variety of ways, most notably imprinted on membership pins recognizing recruitment efforts as part of the Pyramid Club.

In 1998, ASMT official changed to its current name the American Society for Clinical Laboratory Science (ASCLS). While the old logo had served the organization well, a new acronym meant a new logo could be created. At the time, the phrase “Voice. Value, Vision.” was part of the Society’s early leadership development programming. The Society hired a design firm tasked with developing a new logo that incorporated the symbolism of 3 Vs.

Nearly 20 years later, in 2015, the Society began work on a new, contemporary logo. A member contest was held, and the winning submission was used by professional designers to develop a new logo that made the distinction of 3 Vs clearer.

A new logo was adopted in 2016. The triangles were made solid and separated slightly and the two colors of the earlier logo, along with the addition of grey, were applied directly to the Vs. The brand now is the visual identification foundation of a whole family of ASCLS brands that reflect a similar aesthetic and color palette.