The Road to Diversity 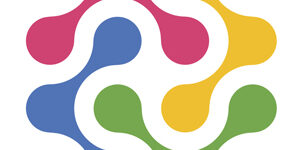 Medical laboratory scientists use their acquired scientific knowledge to correlate a patient’s medical history and laboratory results to validate the patient’s diagnosis. The new information presented is influential in interpreting results, as should be the goal when new ideas are encountered. Diverse ideas are synthesized into new innovative ideas in the same fashion as organic chemical molecules.
The initial idea is the primary molecule with a set pH, in the presence of solvents and catalysts. The presentation of the idea is as vital as the stereochemistry of the molecule to initiate a reaction. The forum must be the correct venue with the correct language for the appropriate targeted audience. This is as essential as the pH is to avoid an inert reaction. Different paradigms are floating in the environment like the solvents. In the optimal environment, solvents spontaneously react with the initial molecule in a concerted manner to produce a new, stable, diverse product.

The initial idea, like the initial organic molecule can undergo a variety of reactions, such as, substitution, elimination, or an addition reaction to produce the final product, the new idea. A single reaction or series of reactions can take place depending on us, the catalyst. The catalyst is how quickly we can open our mind toward alternative ideas. The faster we are open to listening and investigating the truth, the faster we expedite the reaction process. People in the same setting from different cultures and backgrounds with different experiences learning from each other is a culture of diversity. This creates a habitat that is efficacious in avoiding stagnation and recognizing innovation.

On the surface, advocating for diversity appears to be a simple concept. However, to fully embrace diversity requires a conscious effort. People in the same setting from different cultures and backgrounds with different experiences is the starting point for cultivating a culture of diversity.

The difficulty in embracing diversity is allowing ourselves to be open and influenced by new ideas from someone who is different from us. The dilemma lies in the potential destruction of our ideas and convictions we have nicely wrapped in our mind, forcing us to return to the drawing board in search of truth and rationality. The most basic questions can challenge the status quo of doctrine that has been accepted as the unmitigated truth. 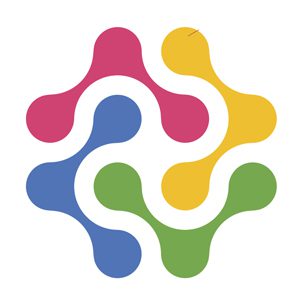 As field experts, the notion of an outsider or perhaps an amateur questioning scientific dogmas may elicit the disposition of being attacked from someone with inferior knowledge. Ideas and questions examined in a diverse environment without biases lends itself to the true pursuit of knowledge. Einstein’s resolve to gain clarity from a contradicting idea remained intact for ten years of contemplation before he developed the Theory of Relativity. Curiosity was the key driver of Einstein’s skepticism, as he maintained an open mind opposed to accepting the status quo.

A truly embraced diverse environment creates a focal point that is modeled to recognize innovation. The fruits of diversity are a highly-demanded commodity that requires maturation in emotional intelligence. Receptivity to diverse ideas in opposition to our own, is the antithesis of human behavior. Social psychologist, Dr. Leon Festinger, developed the Cognitive Dissonance Theory which describes the need for consistency and the influence it has on human behavior. The beliefs we hold are often consistent with our actions, and if we recognize our actions are not congruous with our beliefs the result is dissonance. To mitigate the discomfort of dissonance we change our beliefs, actions, or perception of the action. The feeling of being right can be intoxicating, in contrary to the inevitable dreadful feeling associated with being wrong.

Human nature has the propensity to unconsciously pursue its own interest, lose sight of the overall good, and rationalize our actions. In the face of adversity directed at the medical laboratory sciences profession, licensure has been at the forefront as a potential solution. A seasoned leader in the medical laboratory sciences professional community may advocate for licensing, while a new professional may be in opposition. The seasoned leader could allow cognitive dissonance to manifest in his/her mind and paint the following picture.

“If you are correct, then I am wrong and led the profession in the wrong direction. If you are correct, you are intelligent and more knowledgeable than I am. If you are right, you solved the conundrum that I have contemplated for years while you were probably in diapers.” Cognitive dissonance compensation: “I know this is not the case. This individual is new to the field, and does not have a clue to what they are talking about. I am an expert. This new professional needs to be quiet, listen, and learn something. I will put them in their place.”

A great foundation to establishing a substantial dialogue when two counter ideas come into contact is to adopt the ideology, seek to understand before being understood. With this approach, new ideas may permute into “One Voice and One Vision.” To avoid succumbing to counterproductive thinking, a leader must examine his/her thoughts and become self-aware. A leader is often measured by the ability to groom leaders. Respect for each other, respect for years of experiences in the field, and respect toward new ideas are fundamental principles to grow. When an organization has a leader who places the overall good of the profession before themselves it becomes contagious. An intricate component of an efficient laboratory is bi-directional interfacing between the LIS and instruments. Manual entry of patient information and test results is an arduous process and avoided at all costs. Likewise, communication, receptivity to alternative ideas, and learning from each other must also be bi-directional to embrace a culture of diversity, which often naturally elicits innovative ideas.