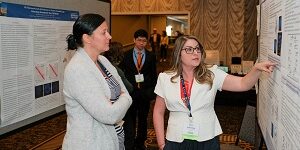 Nearly 700 laboratory professionals and colleagues came together in Charlotte, North Carolina, as part of the first Joint Annual Meeting (JAM) of ASCLS and the Association of Genetic Technologists (AGT). This partnership between ASCLS and AGT resulted in expanded educational and industry engagement opportunities for both organizations, as well as others in the laboratory community.

The meeting featured over 70 educational presentations and 35 scientific posters, as well as opportunities to network with other laboratory professionals and engage with industry partners. Two-hour pre-conference workshops offered the chance to learn about current and up-and-coming topics of interest in genetics. For the first time, more than 40 of the sessions were recorded and made available online for those who were unable to attend the meeting live in Charlotte.

“Meeting up with old friends reignited the fire for me to want to make a difference at my hospital despite the resistance.”

The Annual Meeting Steering Committee (AMSC) focused on innovative new formats and educational sessions that were more interactive, including intimate chats and panel discussions. A new mobile meeting app, which included gaming and meeting scheduling, helped attendees seamlessly navigate the new formats. Industry partners were integrated directly in the meeting and added educational programming through Commercial Symposia. A new “Leadership AM @ the AM” concluded the meeting and transitioned ASCLS into the Annual House of Delegates with an open program of case studies and insights into effectively accomplishing the work of the Society.

2020 JAM
The 2020 Joint Annual Meeting will build on the success of this first meeting and will be held June 28-July 2, 2020, in Louisville, Kentucky. The committee received over 100 session proposals and is currently designing a program that will both educate and inspire attendees. The program will include presentations by dynamic speakers on topics from 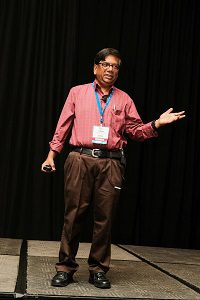 the various scientific disciplines, as well as presentations on opportunities for personal and professional growth.

Thanks to the feedback from the 2019 attendees, the AMSC will continue to offer interactive educational sessions presented in various formats, as well as offer additional opportunities for networking and industry engagement. The Presidents Reception and Silent Auction will also be expanded to accommodate a larger attendance.

Submissions of poster abstracts will begin in January 2020, with a deadline of March 1. Professionals, graduate students, and undergraduate students are encouraged to participate. Accepted poster primary authors will receive a registration discount and will be eligible to compete for awards and prizes.

2020 Accommodations
The 2020 Joint Annual Meeting will be held at the new Omni Louisville Hotel, which just opened in 2018. This hotel, the tallest in the city, highlights the rich history of Louisville as well as its vibrant future. The hotel features a rooftop pool, luxury spa and salon, and six restaurants and dining options. And did we mention the Library Bar, Rooftop Bar, and Speakeasy with four bowling lanes?

Conveniently located on the first floor of the hotel is Falls City Market. This urban lifestyle market includes a grocery store, coffee bar, a bakery, sushi bar, brick-oven pizzas, wine and spirits store, and a lunch-time food truck. There is even a gift shop and tour company located in the market. All the conveniences meeting attendees could need!

The hotel is surrounded by restaurants and entertainment options, including 4th Street Live (dining and entertainment destination), Kentucky Science Center, Whiskey Row, and the Muhammad Ali Center. Over 70 distilleries call Louisville home, 17 of which can be found on the Urban Bourbon Trail. Baseball fans will want to tour the Louisville Slugger Museum and Factory or take in a game of the Louisville Bats (a Triple-A affiliate of the Cincinnati Reds), who will be at home with games against Columbus and Indianapolis.

Registration for the 2020 Joint Annual Meeting will open in March 2020—make plans now to join us in Louisville!

Get to Know Louisville 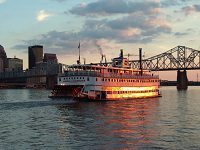 History. Founded in 1778, the city was named after King Louis XVI of France in appreciation for his assistance during the Revolutionary War. By 1830 it became the largest city in Kentucky, which it remains today.

City of Parks. Louisville prides itself on its greenspace. The city is home to 18 parks designed by Frederick Law Olmsted. Louisville Waterfront Park is an award-winning park on the banks of the Ohio River. And, Jefferson Memorial Forest is the largest municipal urban forest in the United States.

Horse Lovers. Since 1875, Churchill Downs has been the home of the Kentucky Derby, the first leg of the Triple Crown of thoroughbred horse racing. The Derby is held annually on the first Saturday in May.

Bourbon Country. Kentucky is the birthplace of Bourbon, and a third of it is produced in Louisville’s city limits. There are six, and counting, Urban Bourbon distilleries in the city, along with about 40 bars and restaurants on the Urban
Bourbon Trail. You can even venture beyond Louisville to Bourbon Country and choose from among more than 30 Bourbon attractions. 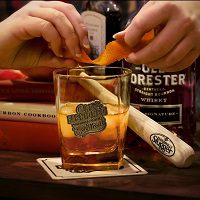 New Southern Cuisine. Regional favorites include Benedictine, Burgoo, Derby Pie®, the Hot Brown, Modjeskas, and fried chicken. The Old Fashioned is the city’s official cocktail, and it is tradition to toast with Mint Juleps every Kentucky Derby.