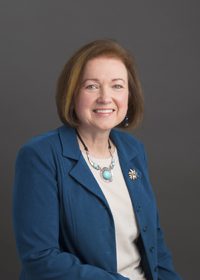 In my president’s acceptance speech, I noted that I plan to focus my efforts on areas that have been identified as a need in our organization; Leadership Development, Mentorship, Communication, and Professional Involvement. It is time to cover where we are at with Mentorship in ASCLS.

Last year we recognized the need to provide mentorship support for new leaders in ASCLS. One step toward this goal was to formalize the Mentorship Task Force conversion to a full-fledged committee in ASCLS. This conversion comes with an intent to expand their scope from providing mentorship for new professionals in ASCLS to providing mentorship to any member who seeks support for an ASCLS leadership role they have either taken on or would like to take on. This could be at the constituent society, regional, or national levels. As we mentor new employees in our work environment, we should also be providing support for ASCLS members who want to undertake a new role in our organization. As of this writing, the Mentorship Committee has been appointed and they have begun the work of creating the needed structure and processes for the expanded mentorship scope. Additionally, they are exploring the use of software that would make this process less cumbersome.

On a different but similar note, I appointed a Leadership Academy Curriculum Task Force last fall. The ASCLS Leadership Academy was originally charged with building future leaders for ASCLS with a specific goal of reaching out to areas of our society where we are struggling to maintain active societies (underserved areas). We have found that as the Leadership Academy evolved at the national level, two things have become apparent.

The task force has been charged to sort through this dilemma including redefining the purpose of our leadership academies. It is my desire that we remain true to the original goal of strengthening our constituent societies to develop future leaders in ASCLS, but how we do this could look different in the future. To that end, we are putting the national Leadership Academy on pause for a year to allow the Leadership Academy Committee an opportunity to work with the task force on this project and to help get us to a future state on a shorter timeline.

A third spoke in this conversation is the need for clarity at the national level for how our Leadership Development Committee, Leadership Academy Committee, and now the Mentorship Committee intersect with their work. They have similar goals, which are to develop and support leaders within ASCLS. Work needs to occur to sort this out to ensure a clear line of vision for the Goals and Strategies of each of these committees.

I wish I had more success or progress to share around my goal to increase mentorship in ASCLS. As it turns out mentorship is interwoven in many of our ASCLS initiatives for which we have started pulling on a thread that connects to a much larger area of focus. It is important to take the time to sort through these challenges and develop a comprehensive plan that will lead ASCLS into our future vision.