SCIENCE FESTIVALS: A CHANCE TO SHARE OUR LOVE OF SCIENCE AND OUR PROFESSION 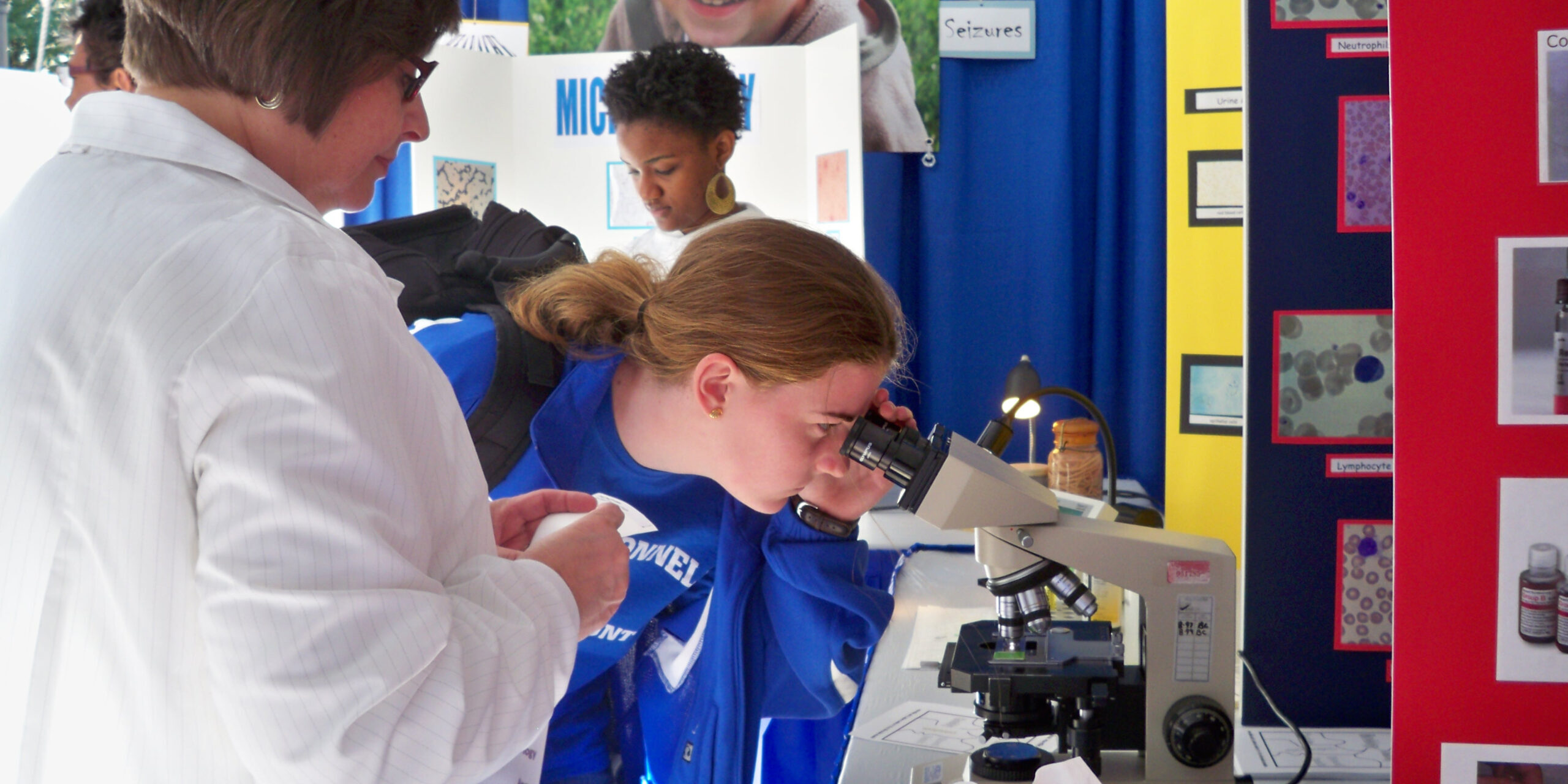 Science festivals are events designed to spread the excitement and fun of science with children and adults in ways that are engaging, exciting, and approachable. I first became involved with science festivals in 2015 when the Atlanta Science Festival (ASF) was in the middle of its second year. There was a robotics event happening near me, and I volunteered for a demonstration of First Robotics Competition Team East Cobb Robotics’ Team UltraViolet, a team of middle school girls who build and compete in robotics competitions. I was blown away and immediately hooked.

Not only did I not know this festival existed, but the event was sold out and the members of the team were extremely knowledgeable and genuinely excited about the competition. I learned a lot during an hour of volunteering, plus I got to see something so cool that I was unaware existed. Volunteering was an immediately rewarding experience for me, and I know the organizers were grateful for my help distributing flyers, collecting tickets, and providing basic directions.

I was fortunate to be chosen to volunteer for the 2016 and 2017 ASF Launch Events. The 2016 Launch Event took place in the Fernbank Science Center Auditorium March 8, where five lucky classrooms were invited to participate based on a lesson plan contest. The event allowed students to speak with astronauts aboard the International Space Station (ISS) through amateur radio communications. Students asked questions directly to an ISS astronaut as the space station passed overhead during the ISS Radio Contact Event.

I was tasked with sitting in a classroom and helping the teacher with the students at the event as well as in the museum after the event’s conclusion. Prior to contact with ISS we were told repeatedly, “this might not work,” but it did work! The organizers were able to establish contact, and the awe and amazement of the students and teachers was so profound. I was extremely grateful to be a part of the event.

The ASF 2017 Launch Event was led by astronaut Mark Kelly presenting to a sold-out auditorium on the Emory University campus. The most memorable part of his presentation was his encouragement to students to work hard. He said that achieving your goals isn’t just about being smart but about studying and doing the work to get where you want to go in life.

I’ve been involved in a few of the finale events for ASF—the enormous Exploration Expo with countless booths and displays, as well as smaller events like the Blue Bird Trail in Georgia where I met a master gardener who was single handedly responsible for rehabilitating the blue bird population in Georgia. I learned how essential blue birds are for ecosystems through their primary diet of insect consumption.

I’ve also attended many events, such as learning about the Science of Beer at the Sweetwater Brewery. I volunteered for Dragon Con’s Science Track, which is a part of a nearby Popular Culture/Science Fiction Convention. One of the events Science Track hosted was the Science Power Hour—a mini science festival with hands-on experiments for adults and kids. I helped @Scicurious run a booth where we (two biologists) taught children and adults how to create a paper circuit that would light up a light bulb! We were so proud to make the circuits work and help many children and adults also successfully create a paper circuit.

A lot of these events are perfect for volunteers of all personalities. I am not the most outgoing individual but being a part of these events, where science is supported by other scientists or science enthusiasts and presented to individuals and families excited to learn, has let me come out of my shell and talk about science and how awesome it is.

I am very fortunate to have the Atlanta Science Festival in my backyard, but these events are happening more and more frequently in many places. If there isn’t a science festival near you, I recommend you consider starting your own. The Science Festival Alliance has resources and contacts to help you get started, either through locating a nearby event or taking steps to begin your own.