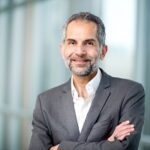 When I was a kid, my dad read me a story about a mouse family. Their names were, Everybody, Somebody, Anybody, and Nobody. There was an important job to be done and Everybody was asked to do it. Anybody could have done it, but Nobody did it. Somebody got angry about that, because it was Everybody’s job. Everybody thought Anybody could do it, but Nobody realized that Everybody wouldn’t do it. Consequently, it wound up that Nobody told Anybody, so Everybody blamed Somebody.

To err is human, to rationalize even more so. Thanks to a good friend who recommended an excellent book for me to read. The title of the book is Mistakes Were Made (But Not by Me): Why We Justify Foolish Beliefs, Bad Decisions, and Hurtful Acts, by Carol Tavris and Elliot Aronson. The authors examine why people dodge responsibility when things fall apart. Why are the parade of public figures unable to own up when they make mistakes? Why can we see hypocrisy in others but not in ourselves? Are we all liars? Or do we really believe the stories we tell? This eye-opening book takes a compelling look into how the brain is wired for self-justification. There is no doubt that we all have made mistakes, but we have also been victims of mistakes made by others.

We all have worked with a few perfect people that can make no mistakes, at least in their own minds! They never admit to any wrongdoing, and they can create a million excuses why things went awry. But never was it their fault! These perfect people work in a hospital near you.

Medical errors are the number one killer in the United States. The statistics are enormous and alarming, yet not many people know about this. Most of us know of someone who has been the victim of an “error,” or even ourselves have been. It is estimated that in the past 10 years, the deaths caused by conventional medicine are approximately eight million. This is more than all the casualties from all the wars America has ever fought in. And that’s just one decade.

We pride ourselves that most laboratory errors occur in the pre- or post-analytical phases, whereas a minority occurs in the analytical phase. This suggests the implementation of a more rigorous methodology for error detection. Clinical audits should be used as a tool to detect errors caused by organizational problems outside the laboratory.

But it is not about us. It should never be. It is about patient safety first and foremost. To achieve this noble goal, laboratorians should improve methods of error reporting, perform in-depth error analysis, demonstrate systems-thinking and continuous systems improvement, and implement strong interventions. Frustration with physicians and nurses can sometimes cause us to blame them for the laboratory errors, but we should resist this temptation. They are intelligent colleagues that do a hard job under extreme circumstances. We can help by providing a better system, such as automated systems for patient identification and specimen collection.

Patient safety is our top priority. Let us all work together to minimize medical errors and to make sure the same mistake won’t happen again.

Hassan Aziz is Dean of the College of Nursing and Health Sciences at Texas A&M University-Corpus Christi.