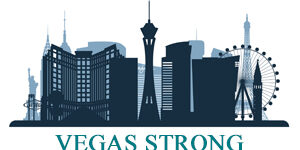 Most mass casualty stories are told from the point of view of the victims or the first responders, the doctors, medics, nurses, or police.

This is not that story.

Sunday night began as an ordinary night at Desert Springs Hospital Medical Center (DSH), a 293-bed, acute care community hospital in Southeast Las Vegas. In the laboratory, three techs and four phlebotomists were on duty for the night shift. Everyone was hoping for an ordinary night to wrap up their 3rd 12-hour shift in a row. This was the last day on their shifts.

It had been a relatively slow night; however, everything rapidly changed and ordinary turned to extraordinary as disaster and tragedy struck. Three miles west on the Las Vegas strip, the Route 91 Harvest Festival was enjoying one last night of live country music. At 10:05 p.m., as 20,000 attendees reveled and celebrated, shots rang out upon the crowd below from the 32nd floor of the Mandalay Bay Hotel and Casino and chaos ensued. More than 900 rounds were fired into that crowd, injuring 498 people and killing 58.

Shortly thereafter, the crew in the lab at DSH was shaken out of their slow night as an overhead page announced, “CODE TRIAGE EXTERNAL, CODE LOCKDOWN.” DSH is not a trauma center, but it was the closest hospital to the mass shooting.

News might travel fast in our modern world, but the news of the mass shooting hadn’t traveled fast enough yet to hit the staff on duty. This was their first warning that something big was happening nearby in the outside world.

Every hospital practices, drills, and works on policies and procedures for how to handle disasters. No amount of practice, drilling, and procedure-writing will ever prepare someone for the real deal.

Gunshot wound victims started pouring into the emergency room at a rapid pace. They came by Uber, bus, stolen truck, taxi, private vehicle, police escort, and ambulance. Drivers were using the Internet to find the nearest hospital: DSH. They came any way they could, the walking wounded, the seriously injured, of all shapes and sizes and trauma levels. With only 11 nurses on staff in the emergency room (ER), nurses and hospital personnel from across the hospital came down to help, as more were called in for the crisis. One ER doctor recalls that it escalated quickly from a trauma to more of a war zone mentality. DSH essentially became the combat support hospital. The ER quickly began to run out of supplies and patient identification was difficult. Many patients had field tourniquets on as doctors were quickly writing diagnoses and treatment instructions on victims’ arms, hands, or on paper and pinning it to their shirts. IVs were being hung on walls by thumb tacks as there were no longer any spare IV poles in the hospital. 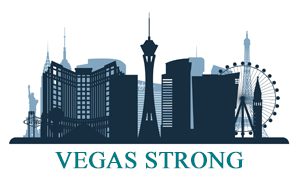 It all happened so fast the hospital didn’t have time to set up the labor pool, implement the triage telephone tree, or set up an official incident command. Initially DSH was notified to expect to receive no more than 50 victims. The final count was over 100 injured victims and that does not include the dozens handled by the hospital transfer center. “Send us your walking wounded,” was the word coming in from hospitals across the entire Valley, “We can take them.”

As soon as the code went off in the laboratory, staff did what any modern curious individuals did: looked it up on their smart phones and saw news of an active shooter on the strip. Most didn’t think anything of it at that time, as shootings are not uncommon in major metropolitan areas. The lab was still quiet. It wasn’t until the ER hit 50 patients that phlebotomist Jennifer Grant stepped into the ER, just on the other side of the door from the laboratory, to investigate what was going on. Her return was greeted with shock and dismay. She announced in horror, “they need towels to soak up all the blood!” And so, Jennifer Grant and Noe Huerta, another phlebotomist, had found their task for the crisis: passing out towels, holding pressure, spiking IVs, moving beds, supplying gloves, and handing out water, food, and free hugs to all the victims. Jennifer Grant rolled up towels to form makeshift pillows for the victims on the floor, as bed capacity was swiftly surpassed. Noe Huerta gave away his cell phone charger to someone who needed it more than he did.

The other two phlebotomists had a daunting task: they drew blood from every single victim that showed up in the ER, not waiting for orders from the attending doctors. Every patient had a type and screen, plus every color of the rainbow drawn in preparation. Some had patient stickers on, some were hand-written because admitting hadn’t caught up with the mass influx of casualties yet. Over 100 patients in the ER had blood drawn by AJ Ramos and Shelly Co Yu that night. They triaged by drawing the gunshot wound victims first. Patient identification wasn’t always easy. AJ even donned a surgical gown to draw the patients in the operating room (OR). The teamwork and organization of the phlebotomy staff that night was incredible. The phlebotomists paved the way for the medical technologists to manage blood supply and run critically important lab tests with minimal interruptions.

As news started to trickle in, the shift lead in charge, Jennifer Patterson, made a quick decision to call in another tech. Julia Wierzbicki, a day shift blood banker, had just fallen asleep when she received the phone call to return to work. She was back at work within thirty minutes.

The blood bank at DSH was quickly informed that the blood supplier had “logistic issues,” and that the trauma centers would take priority. In other words: what we had was all we were going to get. It was going to take some creativity to make the blood supply last. Pathology swiftly gave approval to give O positive in lieu of O negative to all male patients, and to give O positive to all female patients once the small supply of O negative ran out. DSH had a total of 37 units of type O blood on hand, and over 100 victims in the ER.

Jennifer Patterson coordinated with key staff members in the ER and OR to only use emergency blood if absolutely needed, and to return it as swiftly as possible after the patient was triaged and found to be hemodynamically stable, as the blood supply across the entire Valley was instantly critically short. With the help of the other two techs on duty, Michael Leonardo and Allan Luzon, along with the swift return of Julia Wierzbicki, all 37 units of type O blood were setup for emergency release. Jennifer Patterson stated that it evoked a somber and eerie feeling to look at all those units with uncrossmatched labels on them.

Julia handled running types and screens while Jennifer set up coolers of blood and issued, delivered, and managed the inventory of emergency uncrossmatched blood. The entire staff was humbled and amazed as phone calls came in and coolers were returned as soon as it was determined that blood wasn’t needed. I hesitate to say that angels were watching over us that night, but by 4 a.m., we still had 33 units of type O blood on the shelf, and the crisis was over. We transfused more units the next day during surgery patching people up after they were stabilized than we did during the entire crisis itself, and we never once ran out of any type of blood. This would not have been possible if the doctors and nurses didn’t make those critical decisions and follow-up phone calls.

Jennifer recalls one trip to the ER to deliver emergency uncrossmatched blood:

“I wasn’t prepared for what I saw. There were people, beds, and blood everywhere. So many men were running around without shirts and I found that odd. Later I learned it was because their shirts were used as tourniquets for the victims. Making my way to the back of the ER was like walking through a crowded bar. There was chaos all around. Having a hospital badge around my neck made me a target for those needing assistance. That was the hardest part. We are trained from day one that no matter what you are doing, you stop and help anyone who needs it for whatever reason. I had life-saving blood that needed to be delivered and I had to walk by those in need. A young man informed me that the girl he was with needed to use the restroom. I could only tell him where the restroom was located, and it broke my heart to see her lying in a bloody bed in the middle of the hallway. There was no way she could just get up and walk to the restroom. I had to keep going and felt like a horrible person because they had no way of knowing that I was on a different mission.”

Meanwhile, back at the lab after dealing with the blood crisis, things were settling down and running smoothly. The blood bank might have gotten the spotlight, but the rest of the lab still needed to function. Med techs Michael and Allan were running the show, taking care of hematology, chemistry, all the daily maintenance, QC, and other required bits and pieces. The rest of the night shift hospital staff knew what the lab was dealing with in the ER. The normal issues that pop up throughout a shift just didn’t seem very important that night. The interdepartmental cooperation and solidarity had never been higher.

By 4 a.m., the crisis was wrapping up. The Code Lockdown had ended, and the hospital entrances were no longer under guard. The DSH lab staff finally had a chance to breathe, take a break, and catch up on the news. What they learned astounded them. Of nearly 500 people injured, DSH had received a total of 105, more than the only Level 1 Trauma Center in the Valley had received. Of 105 victims, only four passed away. 101 people had their lives saved with the help of my staff.

By 6:30 a.m., when I came into work, my staff looked exhausted, worn down, tired, bloody, and battered, but not beaten. Haunted expressions in their eyes and they were being fueled on sheer adrenaline and determination. I asked Jennifer Patterson why she didn’t call me; I had received a code triage and code lockdown text, but I was asleep, and the texts were very vague, so I didn’t think anything of it, knowing if it was a real crisis and I was needed, they would call and wake me. Her response: “I had considered it, but we were able to handle it, and someone has to come in and clean up this mess and keep everyone going through the rest of this, and that’s you.”

The crisis might have been over, but the emotional roller coaster was just beginning as the entire city went through the grief cycle. But we did it together. As one we cried, we shouted our anger to the skies, we bargained, we mourned, and we accepted our losses. The marquees of all the casinos and hotels displayed messages of solidarity for weeks: “#vegasstrong.” “We were there for you during the best of times, thank you for being there for us during the worst.’ “Las Vegas is the city of lights. Even in our darkest hour we still shine.”

We received cards, gifts, and care baskets from across the country, and messages from around the world. My staff was humbled and grateful and in awe at the kindness of strangers. Thank you for being there for us in our darkest hour. We still shine.