Mental and Physical Well-Being is Critical to Patient Safety 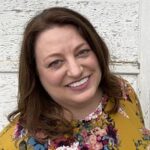 If you’ve had a chance to meet me or hear me speak about my career journey, you’ll know I managed a movie theater before I went into the laboratory profession. I loved working in the theater—endless popcorn and screening movies the night before they opened to the public. What I didn’t love—putting together the movie, moving the films from one theater to the other, or moving the films from one “platter” to another. These were are all tasks that introduced potential to damage the film. Even errors in “threading” the projector or the age of the film could result in a damaged movie.

If you ever watched movies on film, you may have been in the theater when the movie stopped, and the film burned on the screen. Did you ever wonder why that happened? It happened because the individual responsible for that task made a simple error, such as being distracted or rushed. Maybe they had more than one movie starting at the same time and didn’t prep the projector properly. Sometimes when the reels of film were being put together, the tape on the seams wasn’t done correctly, or the training on how to put together film reels was rushed or inadequate. The end result of these errors, however, were the same—the film was damaged, and the audience had a negative experience.

Film burning while being projected on a screen is commonly used in popular culture. The movie burns and the audience yells in frustration, throws their popcorn at the screen, or shakes their head in disbelief, but in real life it’s a bit less dramatic. Mostly everyone sits in confusion and eventually, one or two people will get out of their seats and go alert the staff to the problem.

At this point, you are probably saying, “What could this possibly have to do with the laboratory?” Our film is burning—the safety of our patients and the staff that care for them are at risk. The ASCLS Board of Directors discussed at length during the Fall Board of Directors Meeting about the mental health of laboratory professionals and the broader healthcare landscape. We can’t focus on patient safety without focusing on healthcare workers’ mental and physical well-being. We tend to see patient safety through a lens of metrics and process improvement projects without looking at our workplace toxicity and burnout. Toxicity and burnout undermine the ability to provide safe healthcare.

While we love our laboratory world of data, procedures, and metrics, the process of improving patient safety is also about creating a culture of psychological safety.

Psychological safety within the workplace is where (and when) you know you won’t be punished or humiliated for speaking up; when you feel safe and encouraged to share your questions, concerns, or when you have made a mistake.

Approaching patient safety by including mental and physical well-being in the identification of the cause of the error and creating a culture where errors are openly shared without fear to one’s job or emotional state are critical in providing safe and quality care for the patients that we serve.