Men Who Have Sex with Men (MSM) Donor Deferrals: Are We Ready to ADVANCE? 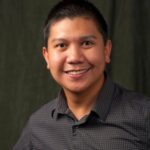 A pilot study funded by the U.S. Food and Drug Authority (FDA) could provide scientific evidence that can lift the restrictions on gay men/men who have sex with men (MSM) in donating blood for transfusion. The program is called, ADVANCE Study, which stands for Assessing Donor Variability And New Concepts in Eligibility. The study will look at the possibility of using risk-based deferral methods of donor deferral instead of a time-based deferral for MSM donors. This FDA funded pilot study is in coordination with three of the largest blood collection centers: Vitalant, One Blood, and the American Red Cross, and LGBTQ+ centers in Washington, D.C., San Francisco, Orlando, New Orleans/Baton Rouge, Miami, Memphis, Los Angeles, and Atlanta.

The eligibility criteria for participants are:

Participants will complete the ADVANCE questionnaire and give informed consent prior to participation in the study. In addition to the routine markers tested in blood donation, participants will also be tested for antiretroviral agents found in PrEP (Pre-Exposure Prophylaxis) (Advance Study, n.d.).

“Prohibiting someone’s altruistic ways because of their sexual orientation truly is dehumanizing. We should lead the way in being accepting, and as scientists, our practice should be guided by evidence-based science.”

This study could potentially change the Donor History Questionnaire (DHQ) used by blood collection centers to determine if an MSM donor would be deferred or eligible for donation based on their individual risk. Guided by the FDA, DHQ is formed in coordination with the AABB (Association for the Advancement of Blood and Biotherapies). These questions are part of the donor screening process that could determine if one is at high risk of having an infection that is transfusion transmissible.

MSM donors have been permanently deferred from blood donation from 1985-2015. In March of 1985, every donor would be screened for the presence of HTLV-III and assessed if they have a risk factor for AIDS (CDC, 1985). Officially, in September 1985, the Center for Drugs and Biologics, U.S. FDA; AIDS Br, Div of Viral Diseases, Center for Infectious Diseases, CDC defined the permanent deferral of males who have had sex with another man since 1977 (CDC, 1985) because of the increased risk of HIV infection. During the AIDS epidemic, the technology was nascent at best for both diagnosis and treatment of HIV.

In 2015, the FDA changed the eligibility criteria of MSM donors from permanently deferred to a 12-month deferral provided the donor had sexual abstinence within the time frame. This was a result of a multi-agency effort to determine if there is scientific evidence that will guide the change in policy. The ACBSA (Advisory Committee and the HHS Advisory Committee for Blood Safety and Availability) found that the deferral policy for MSM was not in congruence with the ability of current laboratory methods to determine transmission-transmissible infections, most especially in the detection of HIV. A call for public comments by the FDA also attained about 700 comments from individuals and groups that collectively led to the change from indefinite deferral to a 12-month deferral provided that prospective MSM donors are in sexual abstinence during that time frame. The position of policy-makers was based on the assumption that the resulting change would prevent transfusion-transmitted HIV in the blood supply to an “as low as reasonably achievable (ALARA) level (FDA, 2016).

In response to the COVID-19 pandemic, the FDA revised the deferral for MSM blood donors to three-months of sexual abstinence or deferred for three months if on PrEP (Pre-Exposure Prophylaxis) (U.S. Department of Health and Human Services, 2020). This change was in response to the projected need for blood and blood products related to the pandemic and to effectively recruit more donors. However, the FDA stated that since it was in response to a Public Health Emergency, the policy may revert back to the prior guidance whenever the pandemic concludes. The AABB has also been leading the way in providing evidence-based donor deferral policies to evaluate the risk of infectious disease transmission that is applicable for all donors.

The ADVANCE study can provide meaningful data so that MSM donors will be assessed based on their individual risk of being infected as opposed to the time-deferral, population-based method of screening donors, which does not reflect current methods, is archaic, discriminatory, and, arguably, a very dehumanizing practice in medicine. The ADVANCE study will be a major step forward to creating a fair and equitable blood donor system for all. The results of this study will take the approach in donor screening into a purely individualized approach consequently providing proof that policies using an evidence-based approach can provide meaningful and positive changes in all aspects of society.

Additionally, a call for comments from the public will be made by the FDA, to which I implore our profession to be responsive and vigilant so that we can ensure that the practice of marginalizing a subset of the population will not resurface because it is not reflective of our practice in clinical laboratory science and does not represent our professional duty to society.

Prohibiting someone’s altruistic ways because of their sexual orientation truly is dehumanizing. We should lead the way in being accepting, and as scientists, our practice should be guided by evidence-based science. Without any point of contention, the priority of government agencies and regulatory bodies is to ensure the safety of blood and blood products for the patients. However, we should not be the vectors of an anachronistic approach in medicine and should advocate for evidence-based science that supports the needs of society and our patients. It is our duty to our profession to do so.

Carlo Ledesma is the Program Director, Medical Laboratory Technology and Phlebotomy, at Rose State College in Midwest City, Oklahoma. Carlo is also a student, Doctor of Clinical Laboratory Science at the University of Kansas Medical Center in Kansas City, Kansas.