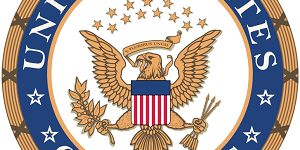 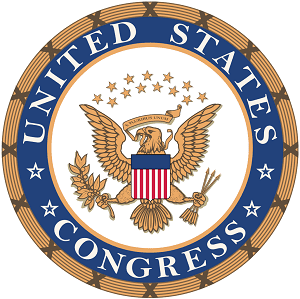 noun, plural lob·bies.
a group of persons who work or conduct a campaign to influence members of a legislature to vote according to the group’s special interest.

verb (used without object), lob·bied, lob·by·ing.
to solicit or try to influence the votes of members of a legislative body.

verb (used with object), lob·bied, lob·by·ing.
to try to influence the actions of (public officials, especially legislators). to urge or procure the passage of (a bill), by lobbying. (www.dictionary.com/browse/lobbying)

Although lobbying is an ancient art—as old as government itself—it is still frequently viewed with suspicion. It is, in fact, a legitimate activity protected by the First Amendment to the Constitution:

First Amendment: Congress shall make no law respecting an establishment of religion, or prohibiting the free exercise thereof; or abridging the freedom of speech, or of the press; or the right of the people peaceably to assemble, and to petition the Government for a redress of grievances.

Our founding fathers recognized a legitimate role for unelected participation in government by conferring a First Amendment right on citizens to petition the government for redress of grievances. Citizens caught up in the demands of day-to-day living delegate these “petition” duties to professionals (or lobbyists).

Because the lobbying profession is so little understood, however, it is often viewed as a sinister function. Yet every “mom and apple pie” interest in the United States uses lobbyists—a fact little known by the general public.

Simply put, lobbying is advocacy of a point of view, either by groups or individuals. A special interest is nothing more than an identified group expressing a point of view—be it colleges and universities; churches; charities; public interest or environmental groups; senior citizens organizations; and even state, local, or foreign governments. While most people think of lobbyists only as paid professionals, there are also many independent, volunteer lobbyists—all of whom are protected by the same First Amendment.

Lobbying involves much more than persuading legislators. Its principal elements include researching and analyzing legislation or regulatory proposals; monitoring and reporting on developments; attending congressional or regulatory hearings; working with coalitions interested in the same issues; and then educating not only government officials but also employees and corporate officers as to the implications of various changes. What most lay people regard as lobbying—the actual communication with government officials—represents the smallest portion of a lobbyist’s time; a far greater proportion is devoted to the other aspects of preparation, information, and communication.

Lobbying is a legitimate and necessary part of our democratic political process. Government decisions affect both people and organizations, and information must be provided to produce informed decisions. Public officials cannot make fair and informed decisions without considering information from a broad range of interested parties. All sides of an issue must be explored to produce equitable government policies. (lobbyinginstitute.com/what-is-lobbying)

“[T]he opportunity to get an attentive audience with our legislators to talk about the dire needs of the clinical laboratory industry has never been better.”

Unless your version of social distancing has been to move to a secluded island with no internet access, you have not escaped the endless barrage of politically charged information coming at you from every angle. To say that the political divide is at epic proportions is an understatement. With such division, can our elected officials get anything done for the American people? I believe they can, and I also believe that the opportunity to get an attentive audience with our legislators to talk about the dire needs of the clinical laboratory industry has never been better.

The whole country (world, actually) is aware of, and talking about, lab testing for COVID. The ASCLS 2020 Legislative Symposium agenda, which ironically was cancelled due to COVID, was to lobby on three things facing our industry:

2019-20 ASCLS President Cindy Johnson penned a powerful letter on March 21 to leaders of the U.S. House of Representatives and Senate, stating that our testing capacity for COVID would not be able to meet the demand. The very issues listed above contribute, in part, to our industry’s struggle with COVID testing. So, what can we do? What can you do? Get involved!

The ASCLS Political Action Committee (PAC) is a voluntary, nonprofit organization that raises funds to financially support the campaigns of carefully selected candidates for elected office. ASCLS PAC is a separate segregated fund, which means it receives donations from a limited group of individuals (ASCLS members) and then contributes to the campaigns of individuals who demonstrate a likelihood of supporting our organization’s issues. It is overseen by a board of trustees, with one trustee from each of the 10 ASCLS regions, an Ascending Professional member, and a Developing Professional member.

There are many volunteer opportunities to serve on the ASCLS Government Affairs Committee (GAC) or PAC. Not your thing? No worries. Consider supporting PAC with a monetary donation. We have a goal of raising $50,000 in 2020, which we believe will support 25 to 30 contributions to candidates. Donations can be made by visiting www.ascls.org. You must be signed in on the ASCLS website before you can donate, donations are NOT tax deductible, and your decision whether or not to donate does not affect your rights as an ASCLS member in any way.

Please take time to consider the tremendous opportunity we have, right now, to impact change.