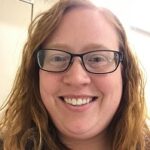 Recently my lab had the opportunity to participate in feedback following the aftermath of an incident that would improve our mission of patient safety for all. A very skilled phlebotomist took a young female adult into a seated phlebotomy area for a routine blood draw. The girl expressed her distress due to negative reactions to phlebotomy she had in the past. She was visibly distraught, and the phlebotomist calmed her and proceeded.

After inserting the needle, the patients’ eyes rolled back into her head, and she began to jerk. However, she remained talking and the phlebotomist finished collecting the specimens. The patient took several minutes following the procedure before standing and immediately began to seize and collapsed. The phlebotomist caught her mid fall, having recognized the signs of a seizure from previous experience. She gently held her in the chair and pulled the emergency cord for the response team to arrive.

This is where the patient safety risk intensified.

Since a significant amount of the medical emergencies, code blues, occur during phlebotomy, the first course of action is to pull an emergency cord. This signals to a response nurse to rush to the scene to evaluate the severity of the situation. This occurred as necessary, and it is up to this nurse to determine whether security initiates a code blue, which signals the clinic-wide response team and prompts an ambulance call. The nurse initiated the medical emergency immediately.

“As a lab team, we often forget that we have just as much right and responsibility to give the patient the best and safest experience possible.”

Security at our facility is critical for the safety of our patients. Located in a rougher neighborhood, the clinic and its patients have legitimate concerns for safety, which is why a security officer is supposed to be positioned at a main desk overseeing a good majority of the clinic. However, the officer was not at their desk and could not be reached immediately. This led to a critical error in communication because instead of the security officer calling the direct line for the nearest hospital ambulance dispatcher to get the quickest response and provide directions through the nearby construction zone, a receptionist called for an ambulance. The lack of the security officer being at the main desk led to a delay in calling the code blue medical emergency and delayed the ambulance significantly (almost 30 minutes) for this seizing patient.

After the code blue was finally announced, several other problems came to light. The code blue is typically handled by a specific group of designated medical professionals. Every single member on this team was out of office on this day leaving a secondary team to respond to the code. It was clear that they were ill prepared to handle the code due to lack of training. The team failed the patient by failing to provide a comfortable situation as she continued to seize. They let her sit in a chair as repeated seizures left her weak. Additionally, the responding nurse did not know how to set up oxygen flow for the patient, which was delayed by nearly 15 minutes. To make matters worse, there was no Ativan, a drug used to stop prolonged seizures, on the crash cart to stop the patient from seizing.

Overall, there were many faults in the intended procedures for a code situation. The laboratory was in a unique position to work with the medical team within the clinic to improve the process for future cases. The lab initiated the first and appropriate steps during the code, which was to pull the emergency cord. After that moment, the lab provided critical details into the successes and failures of this code in order to remedy all barriers moving forward.

The last and most alarming discrepancy that was made evident from this incident was the improperly supplied crash cart. Luckily the patient experienced a factious seizure (self-induced seizure) because the crash cart was not supplied with an anti-seizure medication. It is vitally important that a crash cart is properly supplied and ready for any situation.

The lab took a stance of advocacy for the patient. We, as a team, need to be better about asking the patient about their reactions and what makes them most comfortable during blood draws. If a room draw/bed draw would be preferential, then we need to push for what is best. As a lab team, we often forget that we have just as much right and responsibility to give the patient the best and safest experience possible. This event led to many discussions as a team on how to better support and advocate for our patients.

The last thing the clinic wants to endure is criticism from a patient about a poor response to her medical emergency. Thus, the clinic examined many facets of the process to make improvements, did root cause analysis into the discrepancies, and worked diligently to improve the procedure for the next medical emergency. The laboratory was in a unique position to participate in these discussions involving improved safety for patients across the clinic, and they reveled in the chance to have a voice. Their input from a first-hand experience gave valuable insight and led to direct retraining, including mock code events, getting proper crash cart materials, and procedural changes.

Ali Nussbaum is a Lead Technologist at NorthPoint Health and Wellness in Minneapolis, Minnesota.