Apheresis Platelet Antibody Titers: Are We Ready for a New Standard in Platelet Transfusion Practice? 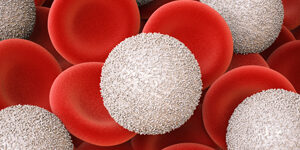 The American Red Cross reports that in the United States, platelet transfusions are needed every 30 seconds.i This translates into a need of over 1 million platelet units annually. Platelets are clinically useful in a wide array of situations including correcting platelet loss due to massive hemorrhage, platelet deficiency secondary to chemotherapy, and supportive therapy for selected congenital platelet defects. Much of this need is met using single donor apheresis platelet concentrates (SDA-PC) which contain ≥3.0 x 1011 platelets suspended in a variable amount of donor plasma. 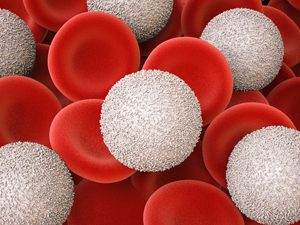 The 29th edition of the Standards for Blood Banks and Transfusion Services published by AABB only recommends that facilities should have a policy in place to minimize the amount of incompatible plasma transfused into patientsiv, but there is no nationwide policy in place. Some facility policies take no consideration of ABO type and use platelets on a first-in/first-out basis due to the short shelf-life of the product and to keep wastage minimal. Other facilities transfuse ABO-identical platelets whenever feasible, and ABO-minor compatible whenever possible among a range of other policy variations. As reported by Joan Cid, Sarah K. Harm and Mark H. Yazer in their aptly named article “Platelet Transfusion-the Art and Science of Compromise,” each transfusion service must employ its own policies based on needs and keeping abreast of the current literature and still unanswered questions in transfusion science.v

Part of the reason for lack of good data is there are a variety of methods by which titers can be performed (gel verses tube, testing serial dilutions of plasma verses positivity at a “trigger threshold”) and no consensus as to the titer threshold by which to consider low-titer and high-titer platelets. Various studies report cut-offs for designating high-titer anywhere from ≥1:64 to ≥1:250. Testing protocols vary widely. A local clinical affiliate for West Virginia University’s Medical Laboratory Science program aseptically separates a segment from only type O SDA-PC, dilutes the plasma 1:100 and tests against A1 cells for macroscopic agglutination by tube method. Those units whose diluted plasma yields agglutination are labeled “high-titer” and transfused only to type O recipients. There is no testing of Anti-B titers in platelets at this facility as HTR due to Anti-B is rarer than to Anti-A. A different facility reports the use of 1:20 dilution of plasma tested against A2B cells on microtiter platesiii to determine high-titer units. Thusly, it is difficult to compare data across centers. One method suggested to increase safety is for instrument manufacturers to develop and validate automated Anti-A and Anti-B titer screening.iii Another potential step would be if product suppliers were to implement validated titers on all platelet products, there would be consistent and comparable data to evaluate. A more robust reporting system that captures all adverse events, not just fatal events, would yield a more comprehensive body of outcomes from which to draw conclusions.

In conclusion, while we are not yet ready for implementation of new standards, we do appear to be moving in that direction. With the collection and reporting of more data, especially data that might indicate reduced risk of HTR when low-titer minor ABO-incompatible platelets are transfused verses no titer designation, we can feasibly make platelet transfusion safer and hopefully reduce the risk of HTR due to transfusion of minor ABO-incompatible platelets.