A Home for a Tumbleweed 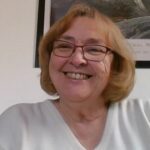 It may seem odd for someone who’s spent most of her life roaming from one end of the country to the other to be writing an article on community. When you are crazy enough to take the roads less traveled, you often do it alone.

I came to the lab profession late, getting my MLT degree at 58 and MLS certification at 60. This was after 25 years of teaching high school across seven different states. As a teacher, I became aware of the importance and benefits of belonging to a professional organization. Consequently, when I started down the laboratory path, it was a no brainer to join ASCLS.

I was a student when I attended my first ASCLS conference—the Intermountain States Seminar (IMSS), the Region VIII sponsored conference in Jackson Hole, Wyoming. Of course, I knew no one, but going it alone was, by now, second nature. However, two veteran laboratorians from Rock Springs “adopted” me and filled me in on ASCLS and the lab profession in general. At that same conference, I ran into a friend I hadn’t seen in 15 years. She and I had worked at the same fish hatchery in Idaho, and both ended up on the medical lab career path. Small world.

“Through actively participating in ASCLS at the local, regional, and national level, I’ve made connections with people from all over the country, and I didn’t have to move any farther than my computer.”

The next conference I attended was the joint state meeting between Wyoming and Colorado. One of my now former college instructors brought me to the business meeting. They were looking for a secretary/treasurer. There weren’t any takers, and because I had been a secretary/bookkeeper for the family business, I volunteered and have been in this position for three years now. At that same meeting, I also agreed to be the Wyoming participant in the Leadership Academy to begin at the next IMSS meeting.

As part of the Leadership Academy, we took several questionnaires dealing with personality, and it brought out several interesting things. One was that interpersonal relationships was my weakest area. Let me say I’ve lived my life with no regrets and only two “what ifs,” however, there are consequences to that mindset.

I admitted to the group that not only do I hold back from others, but when people find out about how often I move, they don’t want to get close to me either. It was then that the Leadership Academy instructors pointed out that, with ASCLS, it didn’t matter because, regardless of when, where, or if I move, ASCLS will always be there. I have found this to be true. Through actively participating in ASCLS at the local, regional, and national level, I’ve made connections with people from all over the country, and I didn’t have to move any farther than my computer.

There is a saying, “Once a teacher, always a teacher,” and although I found work on the bench challenging and enjoyable, my passion for teaching was pulling me back. So, I searched for a way to bring the two together. Some of these connections have put me on the path of a current project I share with Dino Madsen, director of Casper College MLT Program, to address the severe workforce shortage facing the lab community.

The first stage of the plan is to implement a week-long summer emersion program for high school students to introduce them to the clinical laboratory field. It is the hope that the success of this project will pave the way to introduce phlebotomy and medical laboratory assistant (MLA) certificate career and technical education (CTE) programs at the local high school. I don’t pretend that these are my ideas.

The summer emersion program came from the folks at George Washington University, which they shared at the 2021 Clinical Laboratory Educators Conference (CLEC), and the high school programs came from Jim Payne, which he shared at the 2022 CLEC. Not only were these conferences a source of inspiration, but they put me in touch with many like-minded people who were interested in achieving the same goals. This generated an energy that was contagious and encouragement that we are on the right track … and confirmed that I wasn’t crazy.

It’s this sense of community energy that I’m hoping to reignite in ASCLS-Wyoming. For too long it was operating on autopilot, and gradually member involvement has dwindled down to only two or three people who are willing to shoulder the responsibilities of running the Wyoming society. We (Wyoming) can do it, but we need more folks to step up and get involved. I have a deep desire for others to experience what I have found with ASCLS and the state of Wyoming. This tumbleweed has found home and is home to stay.

Barbara Ann Harvey is a tutor at the Natrona County School District in Casper, Wyoming.