A BRIEF HISTORY OF ASCLS REGION I 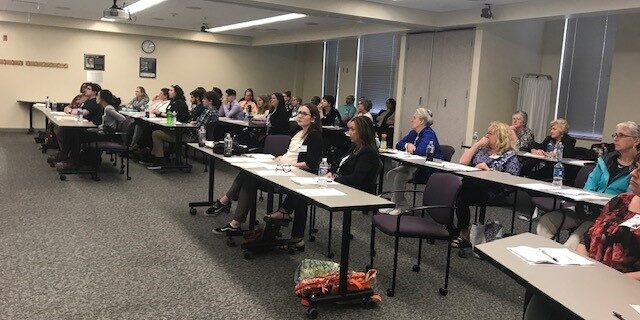 New England ASCLS History
At the 2019 ASCLS-AGT Joint Annual Meeting in Charlotte this June, I spoke with several new leaders who asked a variety of questions about the history of ASCLS. I explained that there was a very concise and well-written history, by Karen Karni. It includes several references to the contributions of the Society to our profession.

As I thought more about this, I realized that I didn’t know very much about the genesis of the state constituent societies and the development of the 10 ASCLS regions. Looking back on the history of our organization and its regions could potentially help us with developing a framework for our future. Since I got involved with ASCLS in 1997 and couldn’t speak well to Region I’s background, I reached out to Dr. Jim Griffith, ASCLS past president, past Region I director, and past president of ASCLS-Central New England for some historical perspective.

New England Mergers
I learned that during the 1950s and 1960s, all the New England constituent societies were small. ASCLS (then ASMT) created the regions in the late 1960s as a way to bolster some of the struggling state constituent societies. Then, as is now, Region I was comprised of the six New England states and the state of New York. In New England, the strongest and most active state by far was Massachusetts.

Due to changes in the industry, including in vitro diagnostics and changes in healthcare policy, fewer opportunities existed for laboratory professionals to attend state meetings. This, of course, translated into a loss of income for the states and fewer resources for constituent societies that saw membership numbers dwindle. In New England, Rhode Island was the first to fall, as Dr. Griffith explained.

The Need to Bolster State Societies
The merger of these state constituent societies occurred because these states were struggling due to lack of members and resources. However, the merger of states within our regions is not the ideal solution. Rather, we need to bolster our constituent societies by providing resources to both prevent recycling of leaders and promote continuing education.

Admittedly, travel to meetings can be a barrier. Geography of the region and attitudes among the people who live there play a large role in what these regions can and do offer. The area of Central New England in square miles is 30,743—small when you consider many other states alone. New York state, which as mentioned earlier is part of Region I, is 54,556 square miles, and distance required to travel has also proven to be an obstacle in the past.

As a native New Englander, I can safely say that most who live here are loath to travel beyond their state lines, let alone travel 300 miles or more to attend a meeting. Consider our regions out west, like Region IX (Alaska, Oregon, and Washington) and Region X (California and Hawaii) where the states are not only not contiguous, but where members require at the minimum a boat or a plane ride to come together as a regional membership!

In this age of technology, we are fortunate to be able to hold virtual meetings via web or phone conference and attend webinars, but that leaves us wishing for our networking opportunities and reunions with colleagues that are so important to us. Rotating meeting locations, offering sessions in various locations, or traveling seminars should always be considered.

The authors wish to thank Dr. Jim Griffith for his contribution to this article.

Maddie Josephs is professor/department chair of the Allied Health Department at the Community College of Rhode Island in Lincoln, Rhode Island.

ASCLS-New York History
New York has also had its share of challenges in membership and governance. Years ago, New York had eight chapters covering the state. Unfortunately, only four of the eight were active. The active chapters were clustered upstate (Buffalo and Rochester) and downstate (New York City and Long Island). In the middle of the state, there was no activity. These chapters were smaller in membership and had difficulty getting enough people to run their chapter.

The ASCLS-NY Board of Directors decided to look at a new structure eliminating the chapters and substituting “regions.” There were two regions—East and West—that bisected the state. While this was good in theory, it did not work in practice. Today, we no longer have regions, but we have one strong state society.

To serve our members’ continuing education needs, our state meeting rotates upstate and downstate every other year. While this is not a perfect situation, it does afford our members the ability to attend a state meeting even though they may have to travel several hours.

In recent years, the more seasoned members of our state have made a concentrated effort to recruit newer members to serve on the board. While it took several years, we have succeeded, and our board today is made up of many of these individuals.

“[W]hat may work for one state or region does not necessarily work for all. It’s important to know your members and to ensure these members are realizing the benefits of membership in ASCLS.”

The important message here is that what may work for one state or region does not necessarily work for all. It’s important to know your members and to ensure these members are realizing the benefits of membership in ASCLS.

Lisa Hochstein is associate professor/program director in the College of Pharmacy and Health Sciences at St. John’s University in Queens, New York.