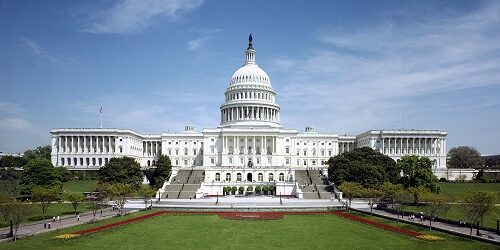 The election reflects that the country remains politically divided and likely to remain that way into the 2020 elections.

The American people have gone to the polls and chosen divided government. On November 6, Democrats took back the majority in the House of Representatives giving them a check on the ability of Republicans and the White House to move federal legislation. What will this mean for clinical laboratory services and the issues ASCLS advocates on behalf of? We are not likely to know for a while, but it is clear healthcare played a big role in this election and the American people are engaged.

Democrats netted a 40-seat swing in the House of Representatives, and Republicans held on to their majority and gained a net of two seats in the Senate. The election reflects that the country remains politically divided and likely to remain that way into the 2020 elections.

The big question is whether the White House and the Congress will be able to govern. President Trump will need to work with Democrats to move legislation now, but major policy differences may make it difficult on big ticket items. The consistent truth is that it takes bipartisan effort to move most legislation. It remains to be seen whether we will see bipartisan efforts on a range of important policy areas. Neither party has a commanding control of either chamber and it may be hard for party leaders to hold their members together on key votes.

It is worth noting that Democrats made significant gains in the states as well. At this time, 22 governors will be Democrats and 26 will be Republicans. Democrats picked up governorships in Illinois, Kansas, Maine, Michigan, New Mexico, Nevada, and Wisconsin.

More than 100 women won seats in the House of Representatives, easily shattering the record. Overwhelmingly they were Democrats who helped the party take control of the chamber. Women have never held more than 84 of the 435 seats in the House.

Voters in three states approved ballot measures that will make more people eligible for Medicaid, marking an expansion of health coverage after years of opposition to Obamacare by Republican lawmakers. The ballot measures passed in Idaho, Nebraska, and Utah. That brings to 37 the number of states that have decided to offer Medicaid coverage to more low-income adults, expanding the coverage rolls by some 84,000. Montana’s Medicaid expansion question is still outstanding. If voters reject it, the expanded Medicaid rolls will expire in July 2019.

In the 116th Congress, Democrats will take leadership roles on key healthcare committees. New committee chairs promise to protect the Affordable Care Act and go after the Trump administration for its policies over its past two years in power.

Rep. Frank Pallone Jr. (N.J.) is expected to be chairman of the House Energy and Commerce Committee; Rep. Diana DeGette (CO) is in line to chair the Health Subcommittee.

Rep. Richard Neal (D-MA) is expected to be the chairman of the House Ways and Means Committee; Rep. Lloyd Doggett (TX) is in line to chair the Health Subcommittee.

Since Republicans held on to the Senate, Sen. Chuck Grassley (R-IA) is in line to take over the Senate Finance Committee and Sen. Lamar Alexander (R-TN) will likely stay on as the chairman of the Senate Health, Education, Labor and Pensions Committee.