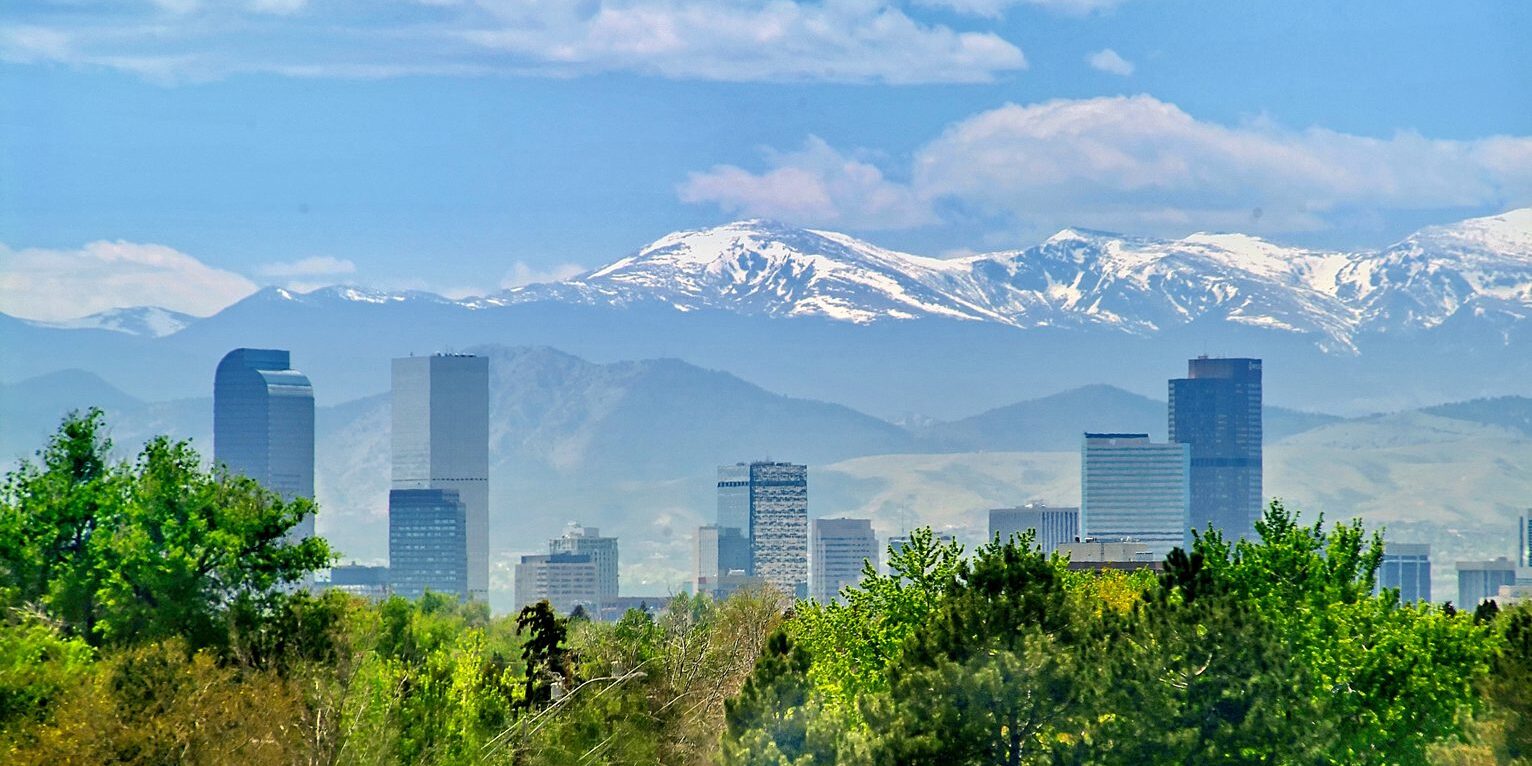 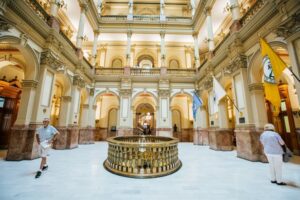 The City of Denver is Colorado’s capital and largest city. Its elevation is 5,280 feet (1,609 meters) above sea level at the State Capitol, and thus has the nickname of the “Mile High City.” It is located just east of the Rocky Mountains.

The search for gold brought the area’s first permanent settlement in 1858. During the 1870s and ’80s, silver became more important than gold. Mining fortunes were created almost overnight. This period of opulence ended in 1893 with the crash of the silver markets. Farming, cattle and sheep ranching, and tourism began to provide a more stable economy. Railroads brought in sugar beets, wheat, cattle, and hogs, and Denver became a food processing center.

The Denver metropolitan area spreads into the Rocky Mountain Foothills to the west of the city and the high plains surrounding it on the other three sides. People of European descent constitute the majority of Denver’s population, but those of Hispanic ancestry (particularly Mexican) comprise an increasing one-third of its residents; a relatively small proportion (about one-tenth) are African Americans, with even smaller numbers of Asians and Native Americans.

Register for CLEC 2022 by February 18 and save $50 off the onsite/late registration rate. Virtual and in-person attendance options are available.